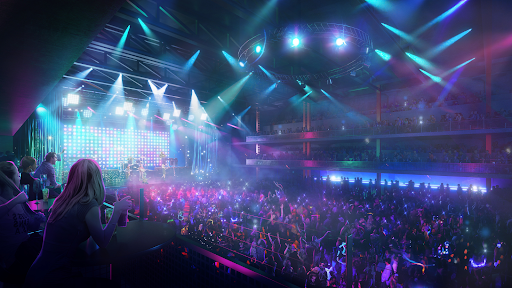 Houston musicians are leading the way in all genres of music, including rap, country, rock, pop, and indie. The top musical talent in the nation has come from this city. These Houston-born celebrities have performed live music shows in Houston that have given the audience a memorable experience.

What else needs to be said about Bey? She is the Queen, after all. Houston native Beyonce perfected her craft at the High School for the Performing and Visual Arts in the neighborhood of Montrose. When she was just half their age, she defeated 15 and 16-year-olds in talent shows, demonstrating her unbeatable power at an early age. Houston’s efforts are worthwhile as now she has millions of fans.

The founder of Houston rap is DJ Screw. Any hip-hop artist from Houston may be traced back to DJ Screw by listening to their music. He invented Houston’s distinctive chopped and screwed sound, which is what makes him so well-known. You can book rap music events in Houston today and see how the artists resemble his tone.

The legendary country music performer and four-time Grammy winner is a Houston native. The epitome of a musician, Lyle Lovett infuses his work with style and consistency. In reality, country music is unable to contain his ability. Rock & roll, jazz, blues, in addition to country is his talent that his fans adore.

Edwin Butler, also referred to as Win, was raised in The Woodlands despite being born in California. Win grew up there. “The Suburbs” is the result of the inspiration he acquired from the city. Arcade Fire has come to stand for the finest independent rock music; sincere passion is expressed in his music. Moreover, Win’s superb vocals have remained constant in all his live shows.

Right away, Clint Black enjoyed tremendous success. His 22 singles reached the top of the Billboard Country charts. Clint Black has insisted his entire career that he only sings his own songs and is also a talented songwriter. Many times he has performed live music in Houston. You need to be aware of the bookings as the seats fill fast to listen to his voice.

Southern rock only has one meaning in Houston: ZZ Top. Billy Gibbons and Dusty Hill of ZZ Top are noted for their lengthy beards and sunglasses. Ironically, Frank Beard, the drummer, is the only member without a beard. The funny themes of their songs, when mixed with rocking bluegrass, create something genuinely spectacular.

On the popular show The Voice, where she won as the youngest contestant, Danielle Bradbury won the hearts of the nation. From her very first performance, viewers of the show could see she would succeed. Her heavenly voice and stunning appearance are a match made in heaven. She collaborated with Blake Shelton throughout the season to spread the best of country music across the country. While maintaining her great pop-country beginnings, her second album has a more mature feel.

It’s likely Chamillionaire if you only know one Houston hip-hop artist. After Ridin’ hit the radios in 2006, Houston Hip Hop swept the nation. The city of Houston had a vibrant rap scene for decades, but it was primarily limited to the metropolis.

Guitar Shorty existed prior to Stevie Ray Vaughn. He was given his stage name, “Guitar Shorty,” at the age of 16. Perhaps the greatest guitarist you’ve never heard of. Shorty’s exhilarating stage antics and powerful voice is what people like the most. At the age of 81, he’s still going strong.

These are some of the pre-eminent musicians performing live music in Houston and various other cities in the USA. Many of them still do live concerts, so book the tickets in advance before anyone takes your seat!